These pieces are from the 80s and 90s, the first half of my career before I left the New York art world for a period of self-exile in Ireland. In 1988-89, my work had made an inspirational move from the iconography I’d been known for over a decade. The symbolic/allegorical figures in my paintings and sculptures literally dissolved, only to reappear years later in a greater synthesis. At this time a primacy of archetypal, symbolic abstract forms grew out, taking precedence. The sculptures, paintings and poetry manifesting now are, in my eyes, the epicenter of the synthesis I sought in my years of self-exile.

The work brings together seeds planted earlier in the 80s with figures in cosmic landscapes while having further developed the archetypal, symbolic corollaries. For me, there is a significant component of growth, expressed in a greater magnitude of fusion—where the figures, faces and semi-abstract archetypes coalesce into the journey I am on as an artist. 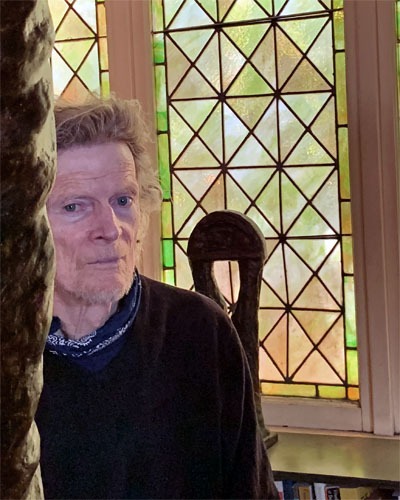 These modernist works are descendants of some of the memorable sculptures of this century.
— Janet Koplos
Art in America, 1994

The Other Works Gallery